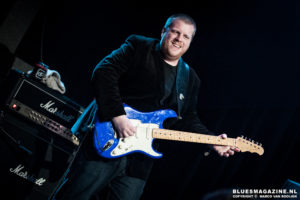 Bernard Doherty, Planet Rock – “A British Blues Legend.” “One of those amazing British talents. The boy can play guitar…”
Joe Bonamassa – “A fantastic guitar player… able to take a Fender Stratocaster and really make it sing…”
Walter Trout – “What sets him apart is his passion and feeling. Danny’s playing grabs you with its intensity and urgency.” 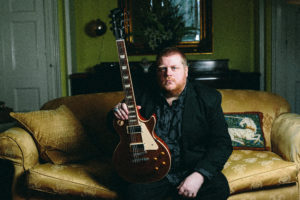 Riding high on the European blues scene for over 15 years, Danny has carved a name for himself the old-fashioned way having played over 2000 club and festival shows to his many fans around the world. Hailed as a ‘National Blues Treasure’ (Bernard Doherty, Planet Rock Radio), Danny is acknowledged by those in the business as one of the cream of the crop.

Following many sold out club tours across Europe and numerous major festival appearances that have seen the band perform on the same bill as such names as Joe Cocker, Carlos Santana, Buddy Guy and Peter Green to mention a few; Danny and his band have steadily carved a huge and loyal fan base around the world.

In 2007 Danny signed with Rounder Records and released three highly successful albums with this Label, all of which topped the iTunes and Amazon blues charts in many countries. In 2009 Danny signed a licensing deal with Virgin/EMI Asia and a track from his 2007 release, ‘Live’, was included on a compilation CD entitled “The Best Blues Album In The World Ever”. Danny was featured alongside many giants of Blues, including Johnny Winter, Gary Moore, Albert Collins, Walter Trout and ZZ Top.

February 2010 saw the release of Danny’s break-through album “Just As I Am’, hitting Blues charts all across the continent and receiving glowing reviews from the international music press. The album caught the ear of German based label Jazzhaus records leading Danny to ink a deal with the dynamic new label.

Danny’s next studio offering 2013’s ‘Hurricane’ saw the beginning of a long time collaboration with producer Richard Hammerton. Hammerton pushed Danny to a new recording high. Their next release, Temperature Rising, hit the shelves in September 2014 to glowing reviews. Guitar & Bass Mag called it, ’A blues rock gem.’ Leading website music-
news.com awarded it 5 stars and said it was ‘Just stunning’. The album appeared in many end of year ‘best of’ lists for 2014, most notably chosen by Amazon Germany/Austria/ Switzerland as one of their top picks of 2014. This lead to ‘Temperature Rising’ returning to the number 1 spot on the blues download chart and staying there for over 6 weeks, ahead of such acclaimed artists as Johnny Winter, Joe Bonamassa & Buddy Guy. 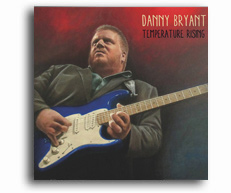 On the touring front in promotion of “Temperature Rising” Danny headed to the USA to tour extensively for 5 weeks fronting Walter Trout’s band while the ailing blues legend recovered from liver transplant surgery. Before returning home to continue touring across Europe, and then traveling to China to participate in the Nanjing International Jazz & World Music Festival. Upon returning to the UK the band played a show at the prestigious London Blues Fest at London’s Royal Albert Hall.

Danny returned to the studio in August 2015. Once again teaming up with producer Richard Hammerton the directive was a simple one, get a great sounding studio, some great musicians and cut a live, in the studio, guitar laden blues rocker! The resulting album, ‘Blood Money’, featured special guest appearances from Walter Trout and Whitesnake legend Bernie Marsden. It hit number one in the iTunes blues charts in the UK, Germany and Switzerland and by the end of the opening week, debuted at number three in the UK Official Jazz & Blues Chart (OCC). With unanimous praise from critics across the globe, ‘Blood Money’ was described as Danny’s career defining release. The promotion surrounding the album resulted in a BBC TV feature and 2016 ended with Danny being voted by Classic Rock Magazine as one of the 100 greatest Blues singers in the world.

2017 was the beginning of a new chapter for Danny, both personally and career-wise. Following the death of his father, and long-term band member in 2016, Danny started writing and planning for the future. 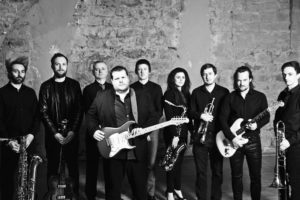 Danny described this as:

”Something I have always wanted to do. We are mixing the new with the old: modernized and re-presented versions of my own work in a classic big band format, with a couple of Blues classic alongside.”

The resulting shows where recorded and released as a double album on April 21st 2017.

The Big Band Double Live release was a huge success and there was high demand for Danny to make this an ongoing project and the take outfit on the road. The Big Band toured throughout 2017, playing major Jazz & Blues Festivals, and performing in theatres and clubs all across the UK & Europe. The shows continue into 2018 with festival and club appearances scheduled in UK, Germany, Poland & Austria. 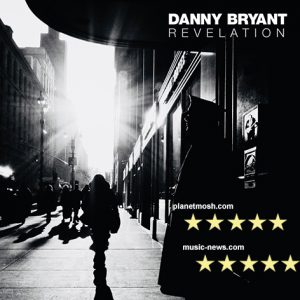 Danny headed back into the studio in 2017 to record his most personal album yet. His fourth studio album to be produced by Richard Hammerton, ‘Revelation’, was released on 20th April 2018. 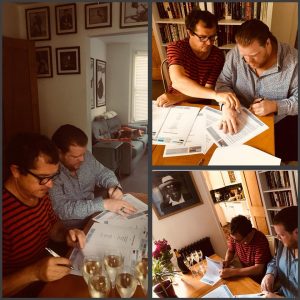 “When I began writing this album, I knew that it was going to be one of the toughest challenges of my career,” says Danny. “It wasn’t lack of material, it wasn’t a lack of desire, but I realised from the beginning that, if this record was to achieve the things I wanted it to say, I would have to go deep inside of myself with these songs and confront memories and emotions I didn’t really want to face.”

‘Revelation’ has been described as, “the best album of his career” (Classic Rock Magazine) and is being hailed as the Blues Rock album of 2018.

The 2018 ‘Revelation Tour’ starts with a run of 50 shows across Europe in April, May & June, and will continue throughout the year with club shows and festival appearances.

Danny met with Jazzhaus Records on Monday 9th July, and was thrilled to hear that #Revelation is his best and fastest selling album to date. Danny has since signed a brand new deal with the German Record label and is looking forward to planning new and exciting projects. 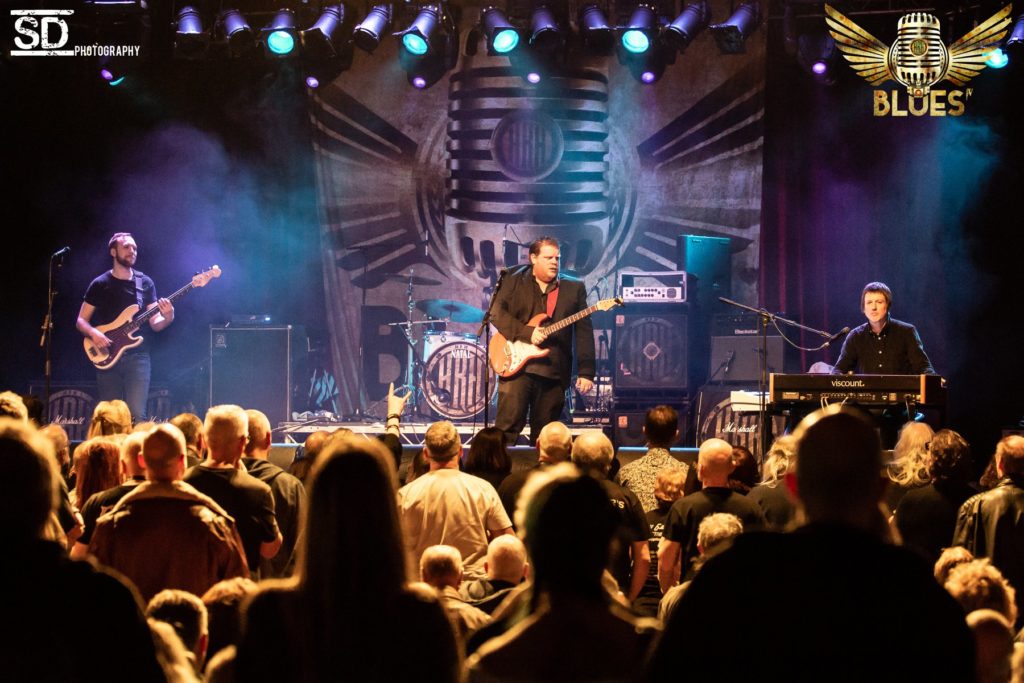