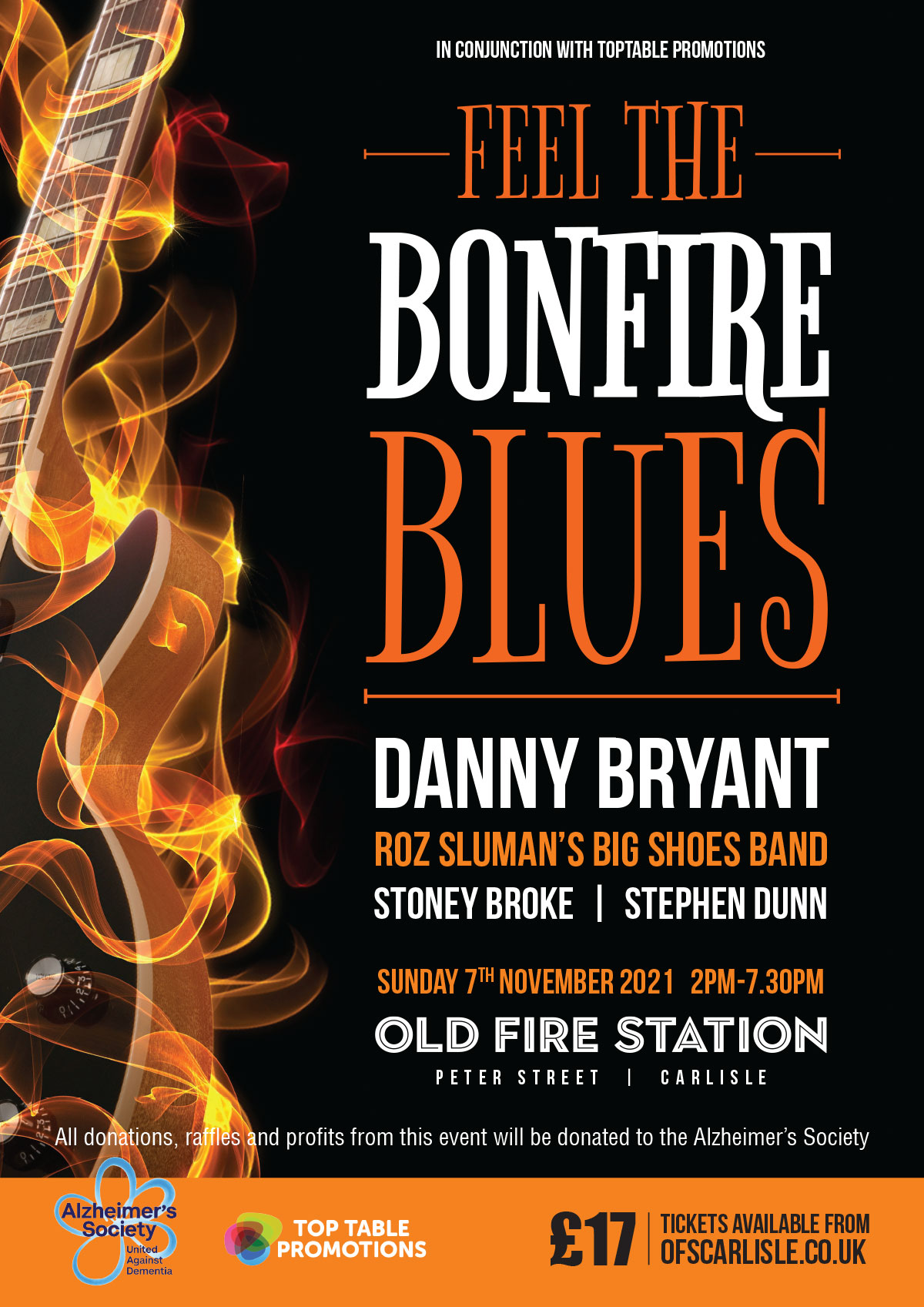 FEEL THE BONFIRE BLUES
OLD FIRE STATION CARLISLE
7 NOVEMBER 21
Doors open 1.30 End 7.30
Tickets £17 FROM www.ofscarlisle.co.uk
Five Years Since the first Bonfire Blues we are back in Carlisle for another Great Afternoon DANNY BRYANT Danny Bryant Makes His First Feel The BLUES appearance. Ann and I first saw Danny when we first arrived in Maryport back in 2002. Since then Danny has become a major player on the Blues scene.This Gig is a Rare Opportunity to see Danny in 2021 , squeezed between European appearances. After this there are no more UK gigs until next year. ROZ SLUMAN’S BIG SHOES BAND Roz Sluman has played at every Feel The Blues event since the first in 2015, either jamming solo or as part of a band. This is the second time her Big Shoes Band has appeared to play a lively mix of both vocal and instrumental jazz blues.STONEY BROKE Jake Scott aka Stoney Broke has made a name for himself playing at Blues Clubs and Festivals around the UK. He performs lively roots and blues solo guitar .STEPHEN DUNN Stephen Dunn is well known as a member of the Postcard Band but he is appearing solo for this event. Expect an entertaining welcome to the day!!!As with all Feel The BLUES events donations, raffles and profits will go to the Alzheimer’s Society. We have timed this event to finish in good time for last trains so check the timetables and book your tickets for some Bonfire Blues!!!

13Jimmy Osborne and 12 others9 comments6 sharesLikeCommentShare